A Look Back! The History Of Military Patches 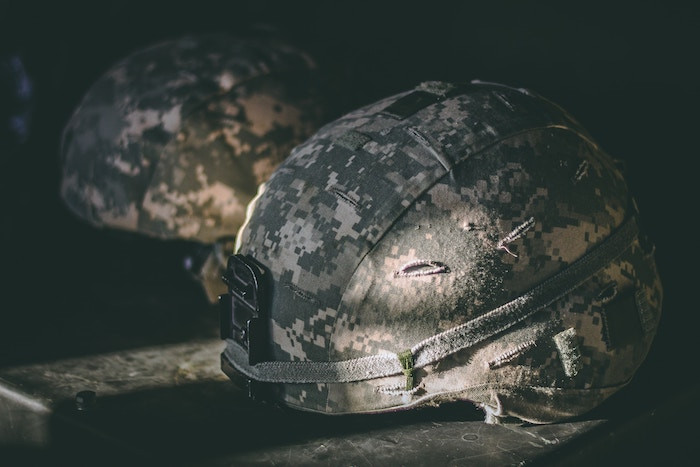 Military patches are a universal part of uniforms, both in the United States and around the world. When did embroidered patches come into use, and what makes them such an essential part of the standard military uniform? Well, we decided to find out!

Patches Are New to the U.S. Military

The history of military patches is actually quite new here in the United States. Some soldiers of the Civil War wore them for identification, though these patches were generally made by the mothers, wives or girlfriends of soldiers on the home front. At the time, nearly all embroidery was done by hand, just as it had been done for thousands of years. Each patch was at least a little bit different and standardizing them would have been exceptionally difficult.

Not long after the end of the Civil War, changes from the Industrial Revolution changed embroidery in a big way. The invention of the sewing machine, and later, the powered embroidery machine decreased cost and increased the speed of embroidery production. This made it possible for custom embroidered patches to be produced much quicker and more consistently.

By World War I, machine embroidery was well-established, and after U.S. troops joined the war in 1917, the Army’s 81st Infantry Division created what’s come to be known as the first shoulder sleeve patches. The troops had trained at Fort Jackson, S.C. Near the fort was a body of water known as Wildcat Creek, which was symbolized in their patches with the silhouette of a wildcat on an olive drab background.

Within two decades, each Army group, squad, corps, and division had its own unique shoulder patch. The 82nd Airborne had its mirror-image pair of “A”s for All-American, while the 1st Infantry Division's "Big Red One" became iconic. It wasn't long before insignia, including unit patches and U.S. flags became an essential part of the uniform.

On the subject of flag patches...

"Why Is The Flag Backward?"

We've all seen, and many of us have wondered, why is the flag patch backward? The patch appears to be “backward” from the usual position, with the stars on the right side, rather than the left, however, if worn on their left shoulder, it takes its traditional position.

However, there is a good reason for that. The official Army Regulations requires that the star field of the flag face forward. The appearance of the flag should be as if it’s being carried forward on a battlefield.

The thought is that when a flag is being carried into battle by cavalry or infantry, the stars are closest to the flagpole. The forward momentum causes the stripes to stream back. If the flag is worn on the left shoulder, it's moving forward when viewed from the traditional position. If you have seen the flag worn on the right shoulder, the flag is still moving forward as the soldier marches forward.

The hook-and-loop fastener, better known by as Velcro®, made patches even more prevalent. Flag patches, as mentioned above, attach to uniforms with Velcro®. This allows them to be removed quickly as needed.

For example, in field deployment, a full-color flag can be easily replaced with a muted color version for a more "subdued" style that doesn't stand out. The hook and loop attachment method is also seen on morale patches. These are informal, unsanctioned military patches that express a point of view or a humorous saying and much more. While not an official part of the uniform, they can be quite blunt in their statements.

The Velcro® fastener makes it easier to remove the patch, in case others find it to be objectional. Morale patches can be simple or ornate. From simple words and phrases to custom designs to match a unit’s unofficial symbol or motto.

The choice is all yours when ordering the patches. Any reputable patch supplier can provide top-quality custom morale patches right alongside more traditional shoulder symbols, and other patches.

The key to an excellent military patch is finding a dependable supplier, an experienced custom military patch provider. One that knows that customer service and product quality are the keys to success.