Need Help With Your Cub Scout Patch Placement? Read This 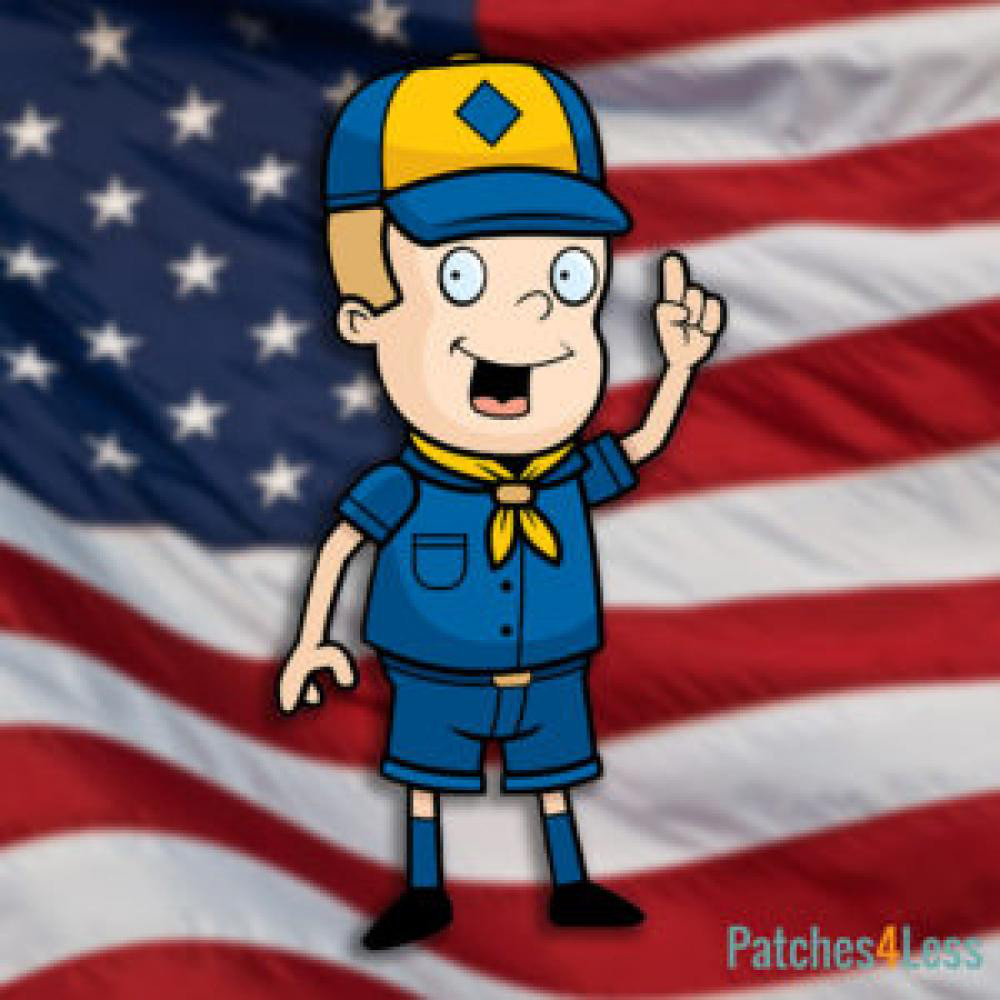 For many parents, Cub Scout patch placement can be a little confusing.

There are a number of Scout rules and regulations to follow, and you don’t want to get it wrong or run into any other issues. Fortunately, the official Boy Scout website (Scouting.org) has provided a helpful guide that covers everything you need to know, including patch placement, badge types, and more. Let’s take a look!

On the right sleeve, in the first position at the top, is the most important patch: the American flag. Most new uniforms should already have this flag sewn in the correct position, but in case it falls off or is lost somehow, it’s important to remember where to place the flag patch. Below the flag on the right sleeve is a gold on blue patch representing the den number of the Scout. The patch should be directly below the flag patch and should be so close that it’s touching the flag. Last is the “Journey to Excellence” patch, where only the most recent years’ award should be. There’s no need to place every patch there -- only the current year is necessary!

Above the pocket, centered between the left shoulder seam and the top of the left shoulder pocket is the World Crest. There are also a number of optional rings that can be placed around the World Crest, if the Scout has earned any of them. On the left pocket are the badges of rank. The patches should form a diamond, with Bobcat at the top, Bear on the right, Tiger on the bottom, and Wolf on the left.

On the right pocket flap is the Outdoor Activity Award patch. Any Summertime Pack Award pins are pinned to this patch as well. Below the pocket flap, the Scout can wear a temporary patch of their choice. Only one temporary patch may be worn at a time, but these can be changed at will. While the patches can of course be sewn onto the uniform, take a look at other less-permanent display options like a plastic patch holder so your Scout can switch patches whenever they want! Lastly, if the Scout earns the Recruiter patch, it should be worn directly below the right pocket. That covers all of the basic Cub Scout patch placement. Your Scout is bound to earn plenty more patches throughout their time in the Cub Scouts and beyond, so look at other ways to display his patches on a jacket or sash or even in a shadow box. Happy Scouting!