Origins: The History of Military Patches 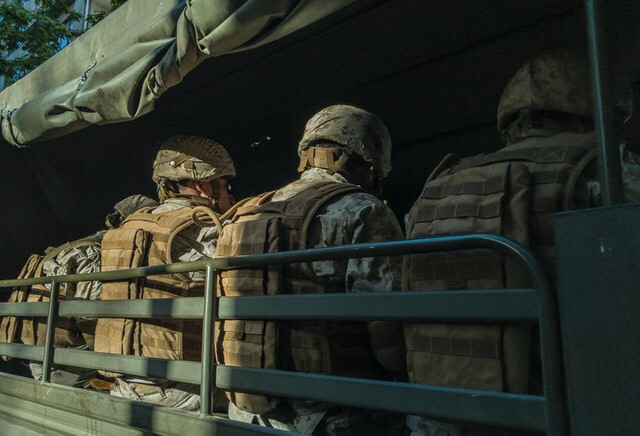 Military patches are an integral part of the uniform, both in the United States and globally. The striking, eye-catching symbols are awarded to the men and women who are dedicated to protecting our freedom. Since the Roman era, armed forces worldwide have donned various insignia, badges, and patches. They serve several purposes, and they are still an important part of the military uniform today.

Military patches communicate rank, as well as which division or unit soldiers belong to. They are used to instill pride and spirit, inspiring soldiers while also commemorating special events, promotions, and much more.

British troops started wearing patches in the 1800s; however, only higher-ranking officers had them. During the Civil War, patches became an effective way to communicate information such as rank and expertise. Every patch was unique because they were all crafted by hand. Military patches of the 19th century were very plain, as were the uniforms.

During the Civil War, Union and Rebel soldiers wore patches on their caps, sleeves, and shirts, all of which were made by loved ones back home. After the war, the Industrial Revolution changed everything. The invention of the sewing machine and the powered embroidery machine made it possible to make embroidered patches quickly and consistently.

By World War I, machine embroidery was common. After the U.S. joined the war in 1917, the Army’s 81st Infantry Division created the first shoulder sleeve insignia. The patch featured elements that had meaning to the unit, which trained at Fort Jackson. The patch featured an embroidered wildcat against an olive green background, symbolizing Wildcat Creek, which ran next to the fort.

Soon patches were adopted and used by every Army group, squad, corps, and division. Some examples include the 82nd Airborne, whose patch included a mirror-image pair of “A”s for All-American. Before long, embroidered patches became a standard part of the military uniform. Patches became the norm, and the designs became more creative and intricate.

During World War II, the military commissioned Walt Disney Studios to create designs for their patches. 1,200 insignias were created and included some of the most popular Disney characters. These patches became popular for troops and collectors alike. In terms of practicality, patches were used to identify a soldier’s division and its role. The patch would often feature an infantry-inspired design for infantrymen, while medics could be seen wearing bright red crosses. Patches also served as a form of recognition, honoring a job well done and loyalty. High-ranking soldiers would have multiple rows of patches sewn onto their uniforms, which were a source of pride and honor.

World War II patches were brighter and bolder than previous generations. Bright reds, blues, and greens were the norm, and they became popular collectibles for children back home. However, those bright and brilliant patches disappeared, replaced by more subdued designs that would blend into the uniform.

Custom patches have also been adopted by other government agencies such as NASA. Starting in the 1960s, each space mission has had its own unique patch. NASA works with the astronauts to design the patches, which are worn on their spacesuits with an American Flag patch.

Speaking of American Flag patches, you have probably noticed military personnel wearing a "backward" American Flag patch. Well, the official Army Regulations require the star field of the flag to face forward, as if it's being carried forward into battle. When a flag is being carried onto the battlefield, the stars are closest to the flagpole. Therefore if the flag is worn on the left shoulder, it’s moving forward when viewed from the traditional position.

Military patches are an important tradition for servicemen and women. They are a crucial part of the uniform and are a perfect way to build camaraderie. At Patches4Less.com, we understand the pride and honor that come from military patches. Unlike other patch providers, we offer free artwork and revision, as well as free quotes. We know what it takes to produce well-designed custom patches, and we'd be happy to assist you.

For more information, give us a call at 866-847-2824 or email us. Let us show you how easy designing and ordering custom military patches can be.