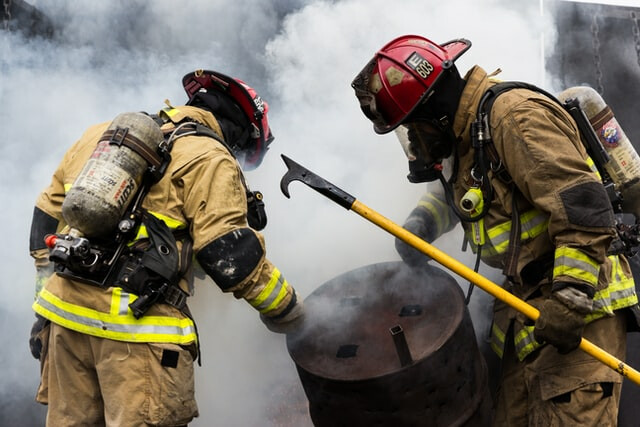 Custom patches are created to tell a story. The beauty of creating something custom, such as embroidered patches, is that you can share your story. With over fifteen years of experience, we've seen virtually everything when it comes to patches. However, there are still designs that surprise us. Custom patches celebrate an organization, a team, or an individual with vivid detail and striking colors.

For firefighters, patches can uplift an entire station while building camaraderie and boosting morale. Patches are even ideal for building trust, celebrating team identity, and cultivating a positive work culture. Much like military patches, firefighter patches are a mark of honor and heritage. Earning the right to wear a station’s fire department patch is not an easy task, but it is worth the time, dedication, and effort.

For cadets and new firefighters, custom patches are a great way to introduce them to the team, making them feel a part of something bigger than themselves and building unity amongst the ranks. Small but impactful patches help new members feel like a part of the team as soon as they arrive.

Firefighters and Emergency service workers around the United States spend a reasonable amount of time at the fire station during their shifts. They build a bond of friendship that is forged by risking their lives together to keep the community safe. This bond comes to life via logos or mascots. These images are seen on patches, t-shirts, and other products, while each station has its own logo displayed with a sense of pride and honor. They are even great for community outreach, acting as a symbol of your team.

Patches can be shared at schools and fundraisers, even community functions. Patches are a great tool that shares your story with others and raises awareness for worthy causes. Fire department patches can be produced by events such as 5k races, parades, and school rallies. These patches can even be sold to raise money for the station or for charity. When designing custom patches, fire departments often use details that relate to their station or the city. However, many stations opt for something more lighthearted and funny that shows off their personality.

FDNY has an array of different patches for individual FDNY stations. These include logos that feature Popeye, the sailor to "Hell on Wheels," which has a devil girl riding a massive fire engine. While they are all a part of the New York fire department, each station has its own particular custom patch.

One common element seen on firefighter patches is the cross of St. Florian, the patron saint of firefighters. Many stations find a unique way to incorporate the cross of St. Florian into their patch or logo. It's an iconic design that is recognizable on firefighter regalia. Stations will also use those same logos on apparel, including shirts, shorts, hats, and more. Fire and EMS employees wear patches on their uniforms, which correspond with patches showing their name, rank, or certification level.

At Patches4Less.com, we have produced firefighter and EMS patches of all sorts. They are some of the most unique and creative patches we've made. They are also some of our favorites because they are packed with impressive details and personalities. No matter what type of custom patch you are looking for, we can bring it to life.

You can find out more by giving us a call toll-free at 866-847-2824, or you can email us. Let us explain how simple creating patches can be.