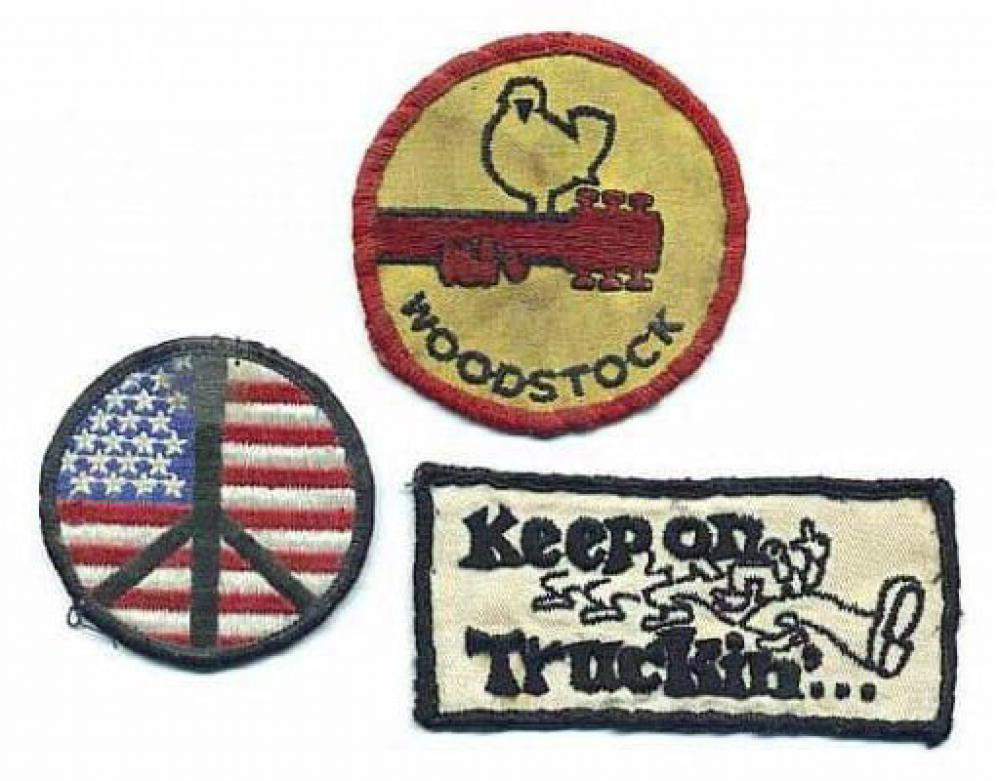 Woodstock patches might inspire you to release your inner hippie, or to embrace your Snoopy-loving side. And while there are endless designs that grace the bold twill faces of our patches, there are just a few varieties we can call Woodstock.

Here are some examples:

The Patches of a Bygone Era

Woodstock was a time for music experimentation, a festival that brought people from all over the United States to a 600-acre farm in the town of Bethel, New York on August 15, 1969. The three-day extravaganza hosted some of the greatest musicians of the day, including Janis Joplin, Jimi Hendrix, The Who, and Crosby Stills, Nash and Young. There were 32 acts in all. More than 400,000 concert-goers enjoyed some of the best music and memories of their lives.

According to Rolling Stone magazine, the event was one of the 50 moments that changed the history of rock and roll. Despite the massive audience, and the potential for rioting and chaos, the event saw little to no violence. Law enforcement was astonished at the attitude of peace and social harmony that permeated the packed grounds.

Hippie patches celebrate the Woodstock era. They promote goodwill, and pay tribute to your favorite artists. Even the younger generation enjoys those patches because peace symbols and flower power are always in fashion.

That perky yellow bird has been with us since 1966, when he fluttered on the scene of the popular Peanuts comic strip. A bold little bird, Woodstock did not hesitate to greet Snoopy, nor did he deem it intrusive to rest on the dog’s nose. Previous birds had flown in and out of Snoopy’s life, but this bird would not be flying south anytime soon. He attached himself to Snoopy and became his loyal sidekick. Peanuts creator Charles Schulz began to hone Woodstock’s character over time. It was not until 1970 that the bird was given a name, which Schulz took from the famous festival. Before that date, the bird was considered a girl. According to Shultz, “She became Woodstock, the boy. It just happened. But that’s what’s good about a comic strip -- you can just do it.”

Woodstock’s personality emerged, and readers fell in love with his wit and mischievous nature. And while he never uttered a word, he made a variety of noises, including yawns, laughter, sighs and snores to indicate sleep. Schulz drew punctuation marks to indicate emotions. In the movies and television specials, Woodstock’s remarks were audibly expressed in high-pitched honks and squawks.

Maybe you’re a long-time fan of that monumental music festival, and an original supporter of the beloved bird of the same name. Or maybe you’re a modern girl or guy, just searching for something cool to wear. Woodstock patches make the perfect adornment to your classic or contemporary fashion. They’re true symbols of harmony among people, dogs and birds. And that’s a statement everyone can get behind!