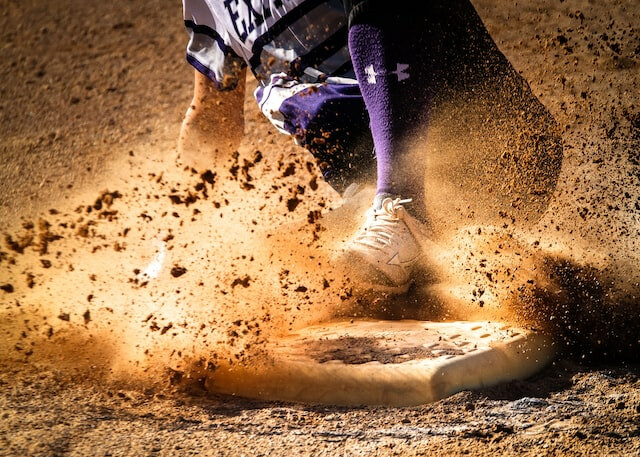 There is a reason baseball is America's favorite pastime. The game has a history dating back to the Revolutionary War, when the Continental Army played an early version of the game. There has been a type of youth league baseball as long as there has been baseball.September is a time to celebrate the game, its history, and the young players around the country, and it's National Little League Month.

Baseball in the United States was derived from the British game of cricket, while the rules began taking shape at the same time. During the Civil War, soldiers played baseball to pass the time, which helped to introduce the sport to the rest of the country.

There is a myth that a career United States Army officer named Abner Doubleday invented the game. He is widely known as the supposed inventor of the game of baseball, but there is evidence to dispute this claim. Doubleday supposedly invented the game in a cow pasture in Cooperstown, New York, in 1839.

Despite the lack of evidence proving that Doubleday invented the game, Cooperstown, New York, became the new home of the National Baseball Hall of Fame and Museum in 1937. Today we look at the history of youth league baseball, baseball patches, and how to celebrate National Little League Month.

The history of youth league baseball extends to the game's early days.  In the 1840s, New Yorker Alexander Joy Cartwright and his friends played a game they called "base ball," similar to today's game. On June 19, 1846, the first scheduled baseball game occurred as Cartwright’s New York Knickerbocker Baseball Club lost to the New York Baseball Club.

Baseball's popularity grew during the end of the 19th century, and kids played baseball in the streets or on sandlots. In 1869, the Cincinnati Red Stockings became the first official professional baseball team, and by the 1880s, leagues formed for teens in New York.

In the 1920s, the American Legion formed a baseball program for teenage boys that still exists today. Schools across the country started baseball programs. There were no programs at the time for pre-teen boys who wanted to play organized games.

In 1938, Carl Stotz developed an idea for an organized baseball league for boys in Williamsport, Pennsylvania. The following year Carl and his wife Grayce enlisted brothers George and Bert Bebble and their wives to bring youth baseball to life. John and Peggy Lindemuth soon joined the group, and the eight volunteers created the very first Little League board of directors. The idea was to provide a wholesome baseball program for the boys of Williamsport.

On June 6, 1939, the first Little League game was played. In the years that followed, other programs popped up around the country, and boundaries were established for each league. Little League Baseball has grown into the world’s largest organized youth sports program with nearly 200,000 teams in all 50 U.S. states and over 80 countries.

Patches have been a part of the game since its inception. Baseball patches are an important part of the uniform from the youth leagues to the major leagues.  Custom patches showcase the team name and player's name, the team logo, and other essential details. Custom patches are also perfect for all-star teams, playoff games, and commemorating special accomplishments. For youth league baseball teams, patches build camaraderie and team spirit, bringing kids together to instill sportsmanship and teamwork. Why not create custom patches that celebrate National Little League Month?

Custom patches add a touch of style and personality to any team's uniform. They are also great for fans and supporters and can be added to apparel, including hats, jackets, shirts, and more. Baseball patches allow each team and player to stand out, boasting colorful details, striking imagery, and unique style. Custom baseball patches are an important part of the game. Let's work together to create some custom baseball patches that honor the spirit of the game and National Little League Month. Find out more about our baseball patches and design something outstanding.